This autumn Rowan launched two new yarns, Rowan Kidsilk Amore and Kidsilk Amore Shimmer, furthermore Rowan and I has free patterns to give away using these lovely yarns. 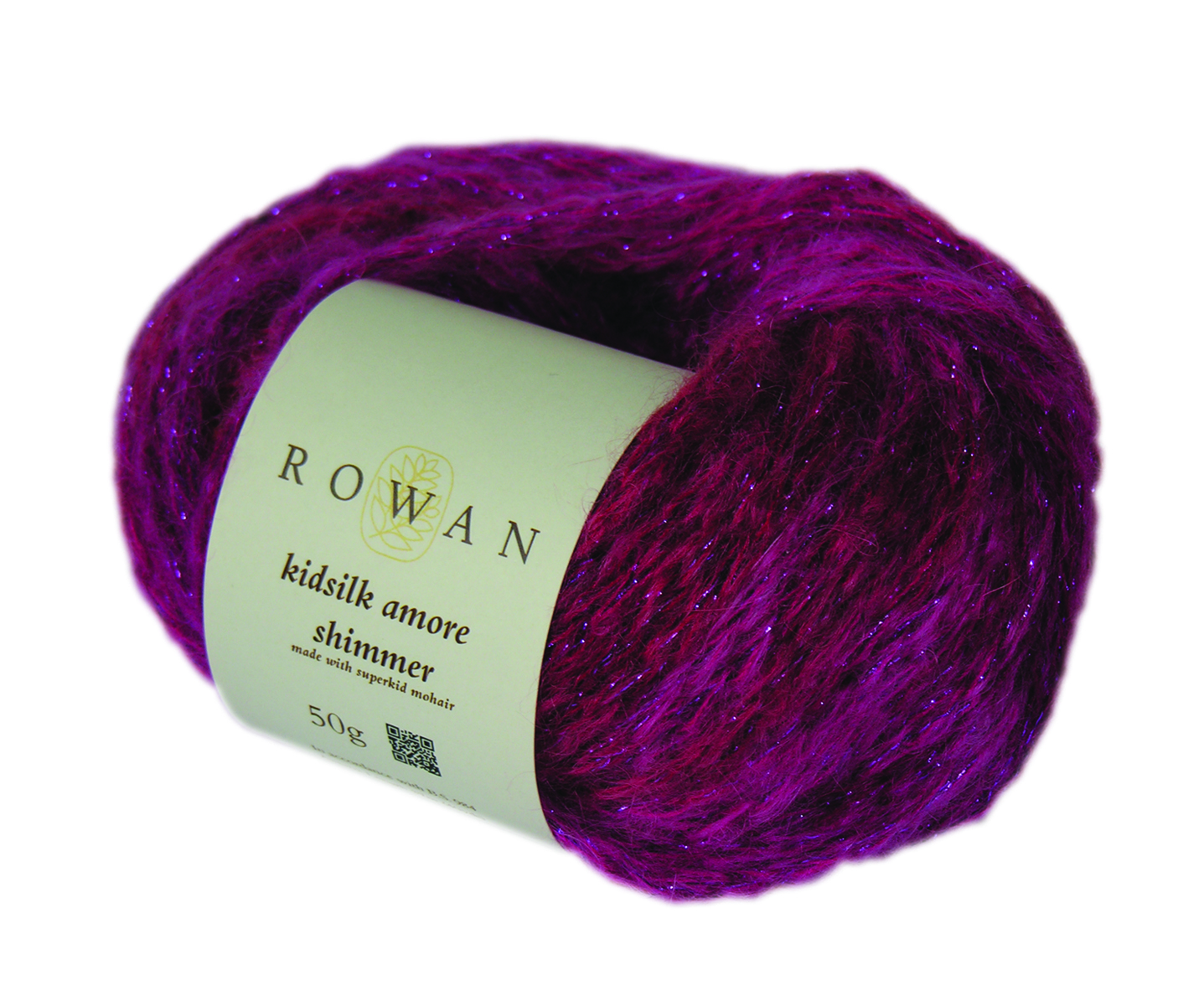 But first, here’s how the patterns came about……

When Rowan set this design proposal I didn’t have to think twice about it. Like many knitters I enjoy designing and would really love to be a great knitwear designer so I was really enthused by this challenge.

And it was indeed a challenge. What can you make with less than 50 metres of yarn? Amore is just 42 metres/46 yards in length and Amore Shimmer is even shorter……. 37 metres/40 yards! I must admit I got out the fattest knitting needles I could find and as the yarn is chunky you can knit it on very large needles. I did try out some designs using 19 mm (35 US) but in the end stuck with the recommended knitting needle size of 10-15 mm (15-19 US).

I think Rowan were quite clever here with the launch of these two yarns. Why? Well I know that I have knitted with three strands of Kidsilk Haze held together and I imagine others must have done the same. The Amore yarns are like holding four or five strands together making it like a big sister of Kidsilk Haze. Rowan says, “Amore is Rowan’s Kidsilk Haze in a multi strand and chainette construction, giving all the luxury of Kidsilk Haze in a heavier weight. Ideal for accessories and small projects.” Amore Shimmer is the same yarn but with a lovely strand of sparkle running through it. Like Kidsilk Haze, Amore consists of 70% Mohair and 30% Silk and Amore Shimmer 66% Mohair, 27% Silk, 4% Polyester and 3% Nylon……I guess the polyester and nylon part is the shimmery strand? They both knit up to a very light but lofty fabric with a cuddly warm feel and a fluffy aura.

I did enjoy knitting with the Amore yarns. As I was designing and re-designing there was a lot of frogging going on however, this was much easier to do than with the fine strands of Kidsilk Haze. Anyway, here are the two designs I finished up with and submitted to Rowan. 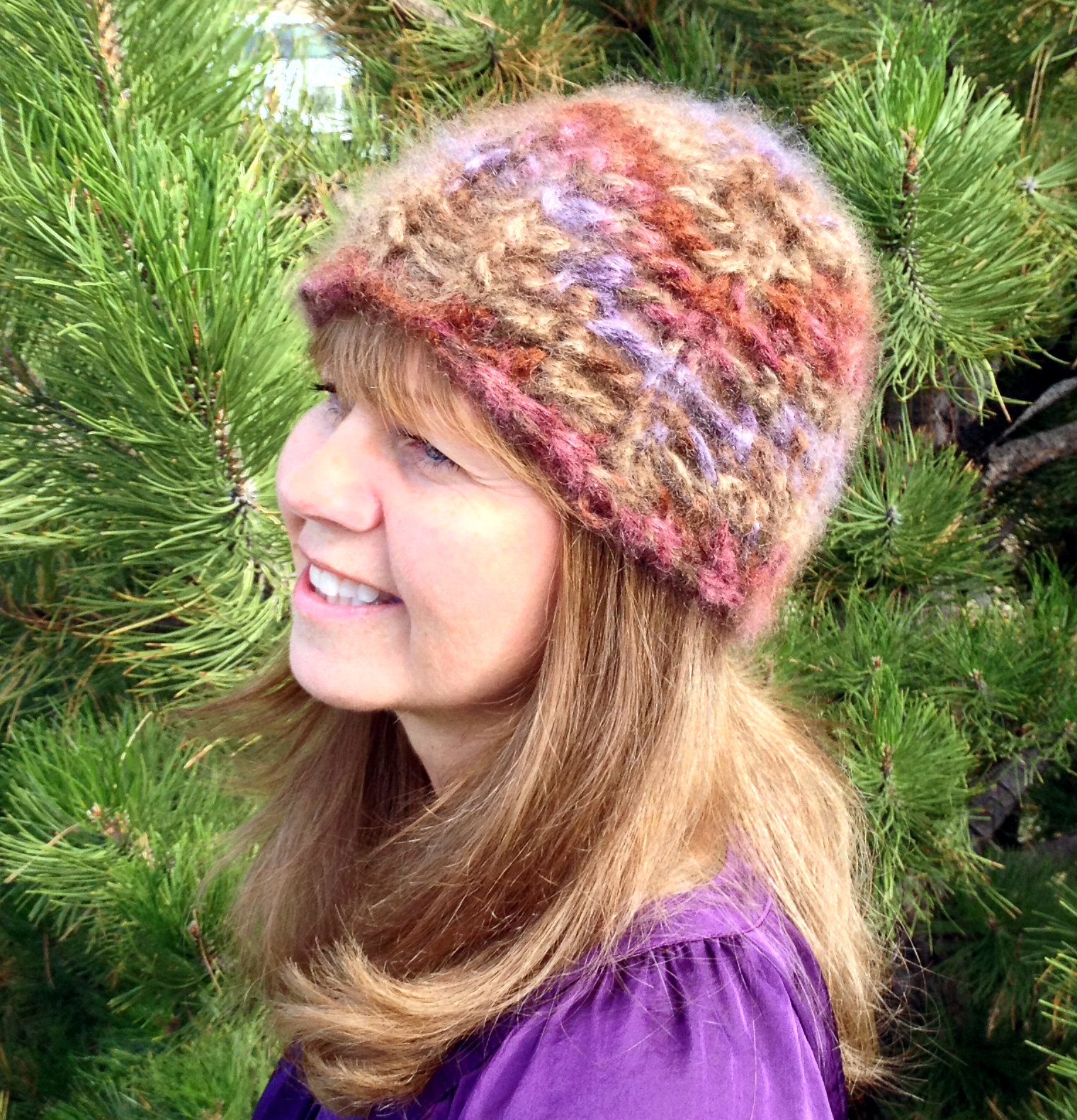 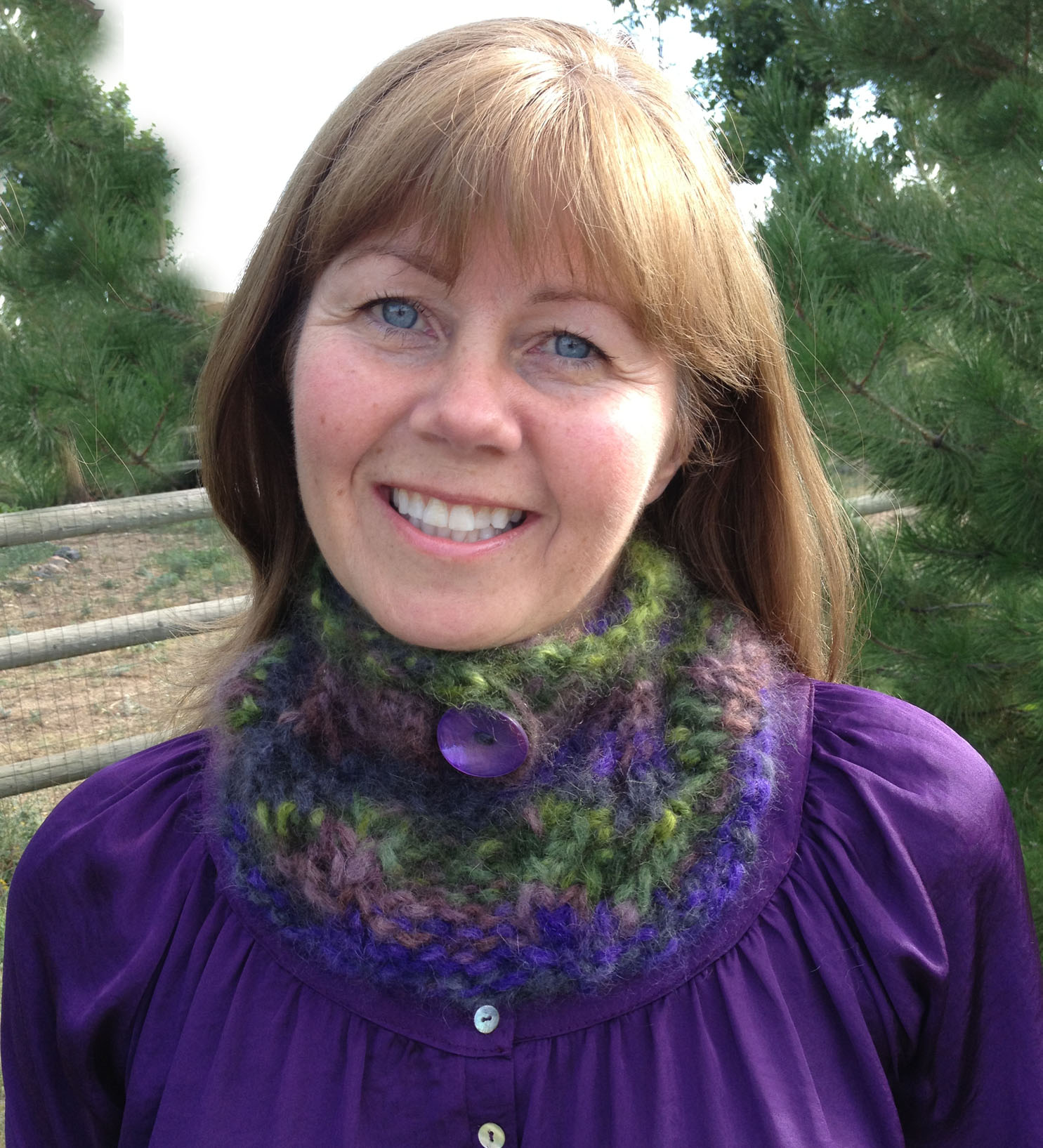 My main concern with my Cappello Hat was creating a design that would fit all head sizes. Remember, I could only use one ball of yarn, so I had to take into account that no extra yarn could be used for a larger head. This meant that the hat should probably be stretchy and close fitting. So I decided to knit in the round starting at the crown which meant the cast off edge could be adjusted for a perfect fit. The lacy stitch that I used made it was quite stretchy but also gave it a slightly scallopped edge. This allowed the hat to cover the ears but curve up slightly over the forehead so it wouldn’t push your hair into your eyes, especially if you have a fringe/bangs. I so hate hats that do that to me!

With my Colletto Cowl, I had to consider the one ball constraint again and that it would need to be pulled over all head sizes………hopefully without messing up the wearers hair! So I came up with a neck warming cowl with a scalloped edge and eye-catching button closure. My cowl is knitted back and forth initially and then knitted in the round after the placket opening has been completed. The button opening allows the cowl to be pulled over any size head which then can be left open or closed for a warmer fit. 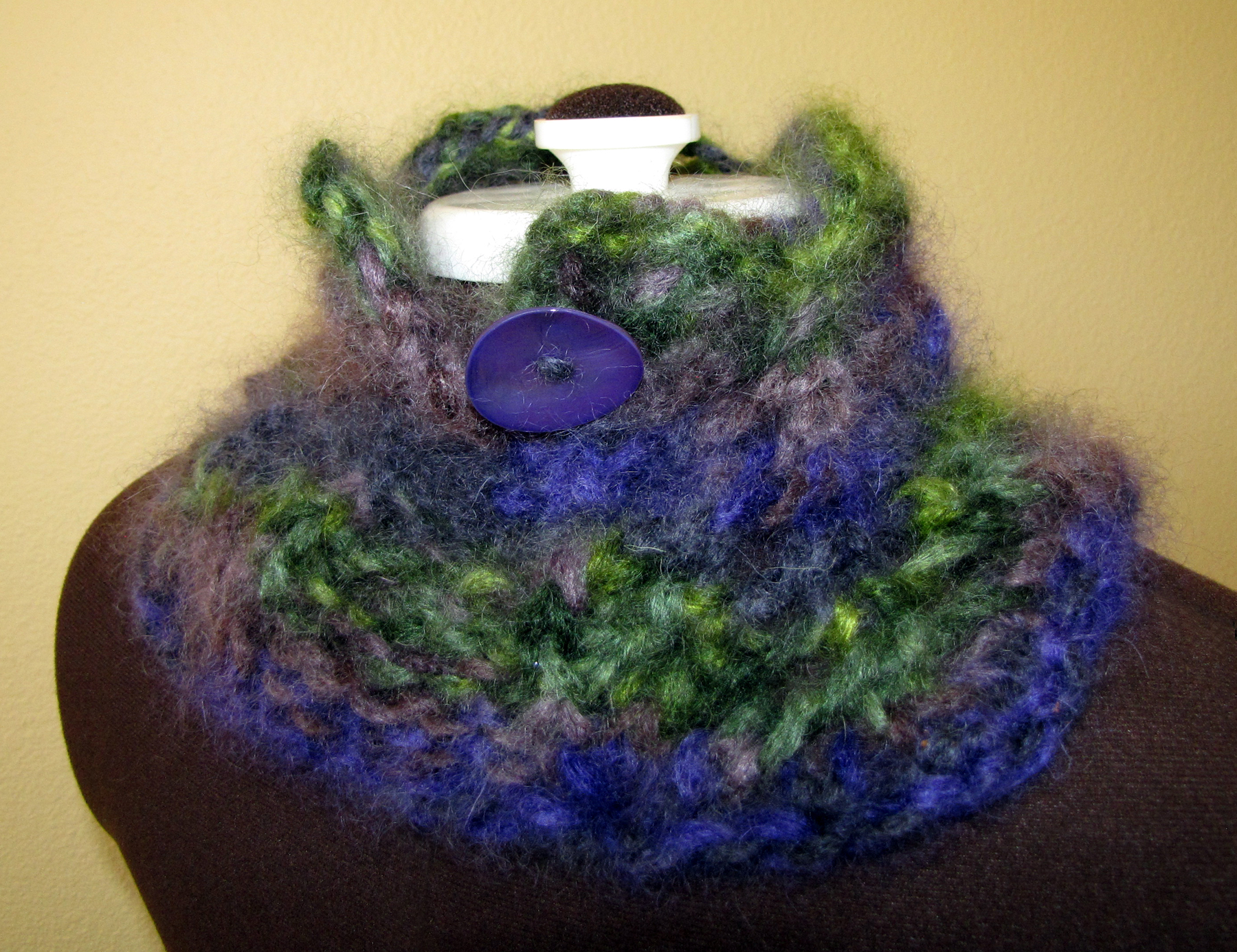 Although I didn’t win, Rowan decided that my Cappello Hat was worthy of a runner-up prize. In fact they were so impressed with quite a few of our designs that Rowan decided to feature my hat as part of an online collection along with five of my fellow ambassadors designs, Anja Troschau, Claire Durbin, Jen Geigley, Kristen Rettig, Sarah Woodhouse and the out right winner of the competition, Dayana Krawchuck and her Wickery Cowl. All together the Rowan Ambassadors Amore Online Collection has 10 free patterns including scarves, cowls, collars, hats and headbands for you to download.

A copy of my Colletto Cowl pattern is available on Ravelry along with my other designs.

Rowan has also published a pattern booklet titled The Amore Collection, inspired by the Amore yarns, with 8 designs, including shawls, wraps, hats, wrist warmers and a relaxed short sleeve sweater, all designed by Lisa Richardson.